Register for Science Fever Friday (Fri, 2/10) ! A Homeschool Science Program offered at The Science Zone! NEW! An additional hour of coding class for ages 9 and up at 11:00! 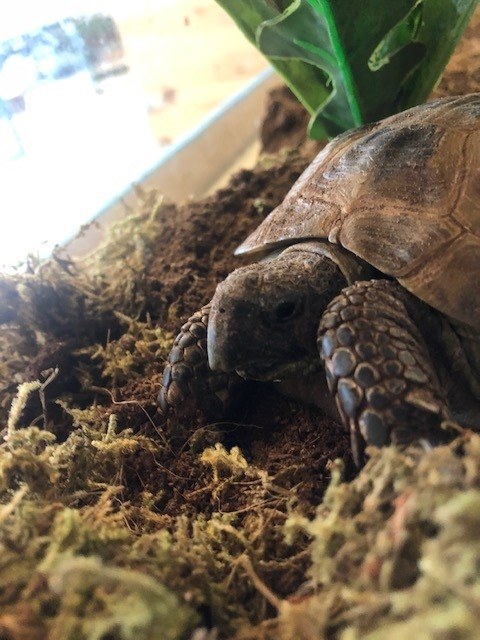 Western to central Africa in grasslands and open forests and dry savannas, typically near water.

Smallest of the Python species, females are larger than males growing up to 4-5 feet, while males are 3-4 feet at maturity. They have relatively small heads with stocky bodies that can reach several inches in diameter. Coloration is varied. They are nocturnal and solitary. They are not venomous, but have very sharp teeth which are directed backward in order to hook and hold onto into their prey while they then coil around it and constrict (squeeze) tighter and tighter every time their prey exhales until it suffocates. They are able to open their mouth to about twice the size of their head and the lower jaw is not fused, so they can open their mouth both up and down and SIDEWAYS allowing them to literally get their teeth into, and then consume even larger prey.

Carnivores consuming mostly rodents and other small mammals and birds; they eat a meal generally once every few weeks, but can go several months without food.

The "ball" in their name is due to their tendency to curl into a tight ball with their heads hidden inside when frightened or threatened.

They are also called "Royal pythons" supposedly referring to the belief that Cleopatra wore them coiled around her wrists! This may also refer to their use as decoration by many African Tribal leaders. In fact their species name "regius" is Latin referring to a king or Royal.

Typical of most snakes, they can "taste" the air through flicking their forked tongue which captures chemicals that are brought into the mouth and presented to a specialized organ in the roof of the mouth called "Jacobsen's organ".

Pythons (along with Boas and Pit Vipers) have evolved an additional unique sense which makes them excellent night-time hunters: They have heat-sensing pits located along the upper lip - these actually detect wavelengths of light in the infrared spectrum and then this signal is processed VISUALLY. This means that they can actually see a thermal image of their surroundings.

Ball pythons are good climbers and can be found in tree branches, but usually reside on the ground and within small mammal burrows.

They may hiss loudly when threatened.

Ball pythons shed their skin as they grow and may become very defensive until the shed is complete (usually for 3-4 days).

Chase and Gordon serve as ambassadors for their species which, even though considered of "least concern" in terms of extinction in the wild, they are highly exploited through the international pet trade due to their small size and beautiful patterned coloration. They occupy a vast niche throughout their range as a predator of small mammals. Without population control of these mammals through predation, they would have a devastating impact on the environment. How can you help? If considering a ball python as a pet, do your research and make sure they were not captured from the wild!